Skip to content
Home » Building your own Homeserver III

Building your own Homeserver III

UPDATE: Photos are back online! Thanks to Gabi from Romania for the copyright free photos!

Gira has a made beautifull Homeserver and FacilityServer. Unfortunatelly it’s quite expensive (about €2400,- for their Homeserver3 and the Facilityserver is even more). Is this device made of gold ? 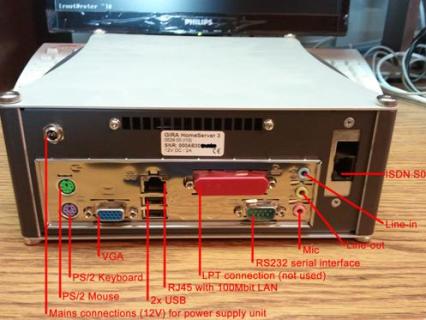 The opposite is true, the Homeserver 3 exists of: 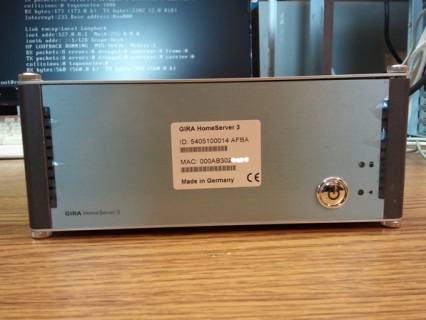 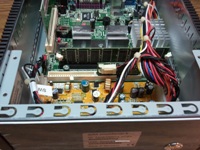 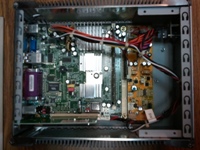 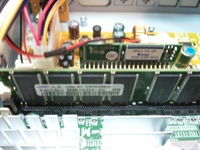 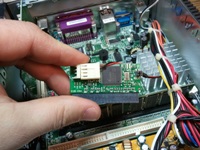 The drive layout
After some research I also found the following:
A Flash drive is connected as a Master on the second IDE ATA controller (which means it is /dev/hdc) and exists of 4 partitions:

The boot process and hs_trans and hs_main programs
When starting the homeserver, the vmlinuz from the Boot partition is loaded (via loadlin / DOS) and it boots the system into a Linux kernel, then a /etc/inittab startup script calls the /hs/bin/start/start.sh script.
The start.sh script does actually two things:
– It starts the hs_trans (Gira propriatary software) which automatically ends after a few seconds.
– Then it starts the hs_main (also Gira propriatary software) which is the main program.

Q. Why does is starts (and ends) the hs_trans program ?
A. This is to load the initial project on the Homeserver via a Serial Connection. When you buy a Homeserver or when you screwed up things, you need to connect it via a Serial connection to load a project. In a project you set the IP address and admin username/password, this information is needed to load later projects via the Network. Projects are configured (made) and loaded via the “Gira Expert” software.

After the first (serial) reload, it will end the hs_trans program and (as set by the start.sh script) load the hs_main program which is the ‘HomeServer software’.

Building your own Homeserver
So yes,.. in theory it would be possible to build your own Homeserver when you buy an Via Epia board with onboard processor (see above), two flash modules (I suggest 2048MB) and at least 256MB RAM or even make a Virtual Machine (VM) in VMware or XenServer of it.
Offcourse you are not allowed to run the propriatary hs_main and hs_trans executables or to use the Gira Expert software! I do not encourage or support illegal things, this is just for educational purposes. The following steps are just Theory (draft). You need a license or approval from Gira to do this stuff in practice.

Note: Create a new -empty- project in the Gira Expert software and only configure the following settings: IP information, admin password and EIB&iETS (ip) settings. Make sure to disable the interface/QuadClient under interface uncheck “Use QuadClient”.
Now you have a very small ‘initial’ project to load over the unstable Serial interface. Large projects will get many CRC errors and timeouts and finally the Expert software will tell you a weird error about ‘Project too Large’.
After you loaded the inital project, you can load all further projects via IP.

Ready!
If you did all the above steps, in theory, it should be possible to create your own Homeserver.

Update 14-november-2009: In the ‘old’ 10 steps, I suggested to install Linux on the /dev/hdc drive. That brings several problems because the hs_main program seems to rewrite the partition table of the /dev/hdc which also corrupts your second partition on which you installed Linux (even when removing “sfdisk”). This behaviour happens when loading via the network, not when loading via Serial.
So I changed the previous steps because it’s much easier to install Linux on a separate drive and ‘add’ a /dev/hdc drive so the software still uses the /dev/hdc to store projects in it’s own format and it can do with the partition table of the /dev/hdc drive what it wants, without corrupting the your Linux installation (which is on /dev/hda or another drive).